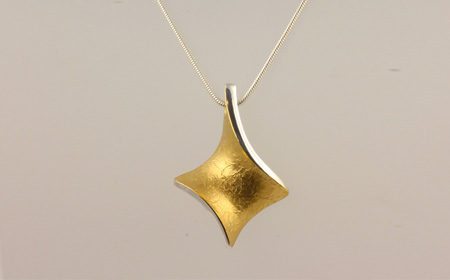 Following on from my previous post and with Christmas fast approaching I thought it would be a good idea to revisit the topic of handmade Irish jewellery.

Who better to feature than Silversmith Séamus Gill – known for both his beautiful sculpture and his striking jewellery collections which are like mini art forms themselves.

Séamus creates pieces using a method called Anti-Clastic Raising.  This is where a flat sheet of metal is moved into two opposing curves creating a shape similar to a saddle or a pringle crisp, one of the few processes left in metalsmithing which cannot be recreated by machine.  His ranges truly fit the title Handmade Irish Jewellery.  As Séamus himself told me ‘We live in a high tech world and what I do is low tech and high skill.  I still use the same techniques and tools as were used in the Bronze Age, a hammer and an anvil.’ 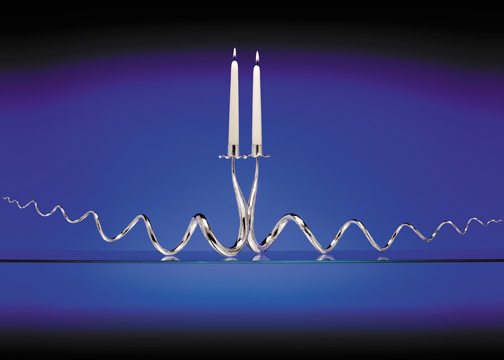 This candelabra is a stunning example of anticlastic raising at its best – a curved hollow form made from hammering a flat sheet of metal on a variety of anvils.  This could not be recreated by machine. This piece was illustrated in the recently published book by Brynmorgan press in the USA “Creative Metal Forming”. 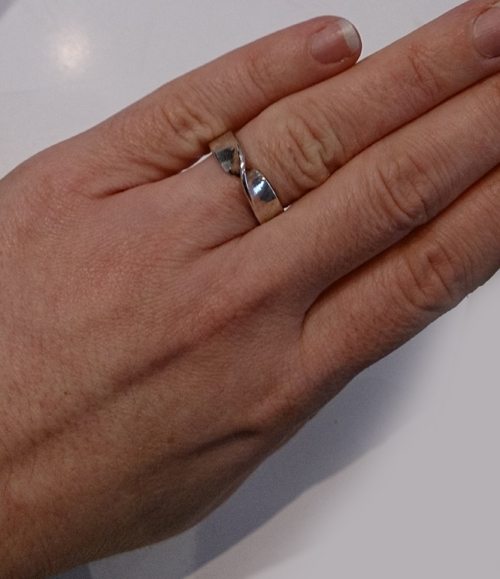 The start of my jewellery collection…. My beautiful ring made by Séamus! 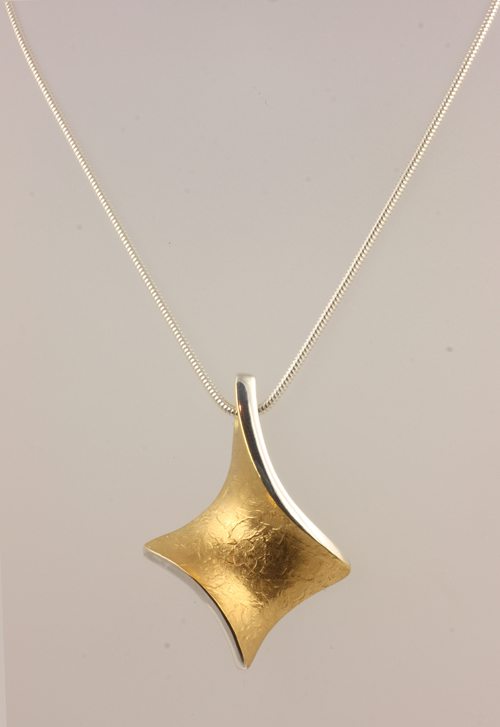 A sneak preview of Séamus’s new range… check back in for more soon!

As you go out to do your Christmas shopping I implore you to consider buying Irish.  Handbags, scarves, jewellery, ceramics…. We make it all and we are a very skilled country.  For the most part Irish craftsmen are very competitive in price and you can buy something that has been lovingly handmade in Ireland for nearly the same price as one that has rolled off a machine in China.

When you buy a piece of handmade Irish jewellery, not only are you supporting local industry and our wonderful craft sector but you are supporting an individual, one person trying to stand out against huge companies with massive marketing power.  Most importantly though, you will be giving a quality piece, one with a story, that has been touched by hands, one that will hold prized position in a jewellery box and, just like my Séamus Gill silver ring, will still be there in 20 years’ time. 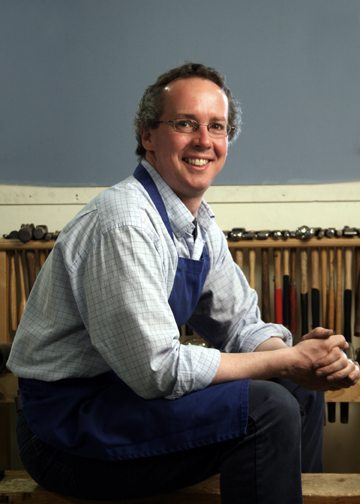 Séamus Gill started his education at Grennan Mill Craft School in Kilkenny, where he was introduced to the art of silversmithing by Peter Donovan, a highly respected silversmith.  He continued his studies at the Regional Technical College, Letterkenny and at the College of Art in Belfast, finishing at the National College of Art and Design (NCAD) in Dublin.  He gained further experience working with jewellers Deborah Aguado and Talya Baharal in New York and with Kensington silvers studios, Verellis and Anne Barros in Toronto, Canada.  Over the last number of years he has taken a number of master classes with Michael Good, an American jeweller and metalsmith who is the world’s greatest exponent of Anticlastic Raising. He set up his own studio in Dublin in 1988.

Séamus Gill’s work is in the permanent collection of the National Museum of Ireland, the Company of Goldsmiths, Dublin, the Irish Embassy collection, the Crafts Council of Ireland collection and the collection of King Harald V of Norway, as well as numerous private collections nationally and internationally.

Séamus has gained a growing international reputation, exhibiting his work at MAD-the Museum of Art and Design in New York, The Philadelphia Museum of Art Craft Show where he was the first non-American to be awarded the prestigious award for excellence in metals and at SOFA (Sculptural Objects and Functional Art) in New York and Chicago.  In Europe he has exhibited in the Silver Triennial, the most important exhibition of European silversmithing which has travelled throughout Germany, Denmark and the Netherlands.  He has also been a regular exhibitor in British Silver Week in the UK.  In 2011 he was selected as one of the “Ten Masters” of British Silver Week.

based on 28 reviews
STONECHAT NEWSLETTER Enter your email address and be the first to know what's new:
MICHAEL ‘SPARKLE’ O’DWYER